Souzai is the collective name for a large number of side dishes in Japan. These dishes are usually home-cooked and are eaten next to steamed rice.

It is no secret that Japanese people love steamed rice, it is the nation’s staple food source for as long as we can remember. Over the years various small, mostly salty, side dishes were developed to create a harmony of textures and flavors if combined with the subtle taste and fluffiness of a bowl of steamed rice. Unlike European and American food cultures where one or two ‘sides’ will be the limit to a meal, it is common in japan to see three or four of these small dishes being served next to rice.

I have grown accustomed to eating plenty of souzai and I would love to show you some of my favorites. 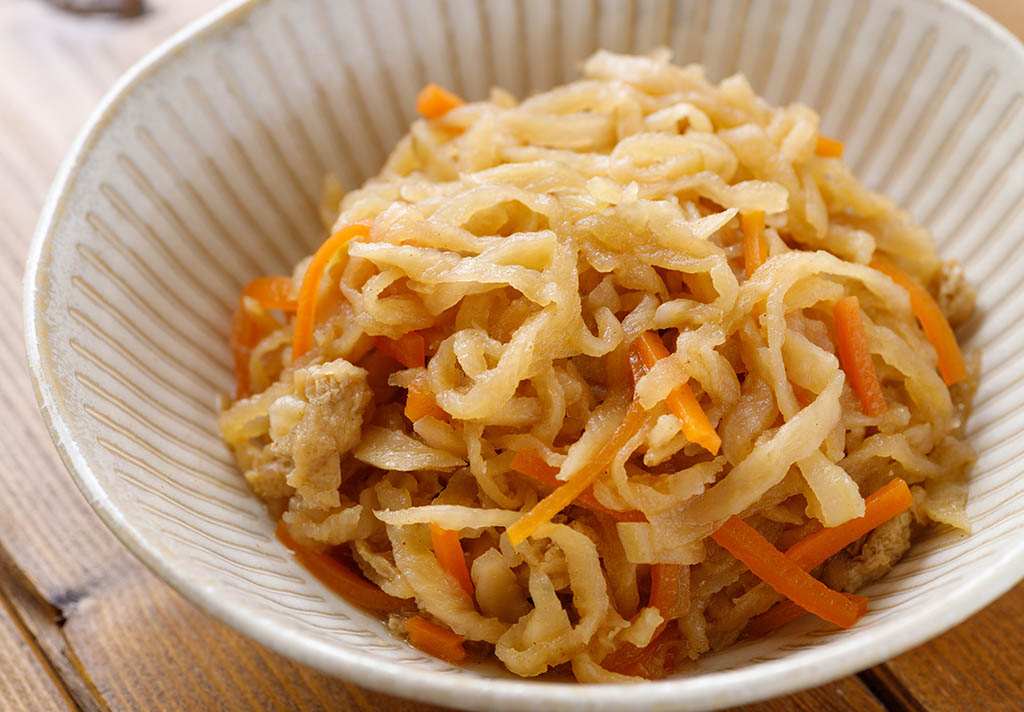 The name translates to ‘dried radish’ and that’s what it is. Julienne sliced sun dried Japanese radish. Like most dried fruits and veggies the flavor is condensed, bursting with nutrients. (but don’t get discouraged by the strong aroma, the sweet flavor will more than make up for it). The radish is mixed with dried tofu and sliced carrot and simmered in soy sauce and mirin.

Dried daikon can be purchased in organic stores (the brand name is Terasana) and Asian surpermarkets. 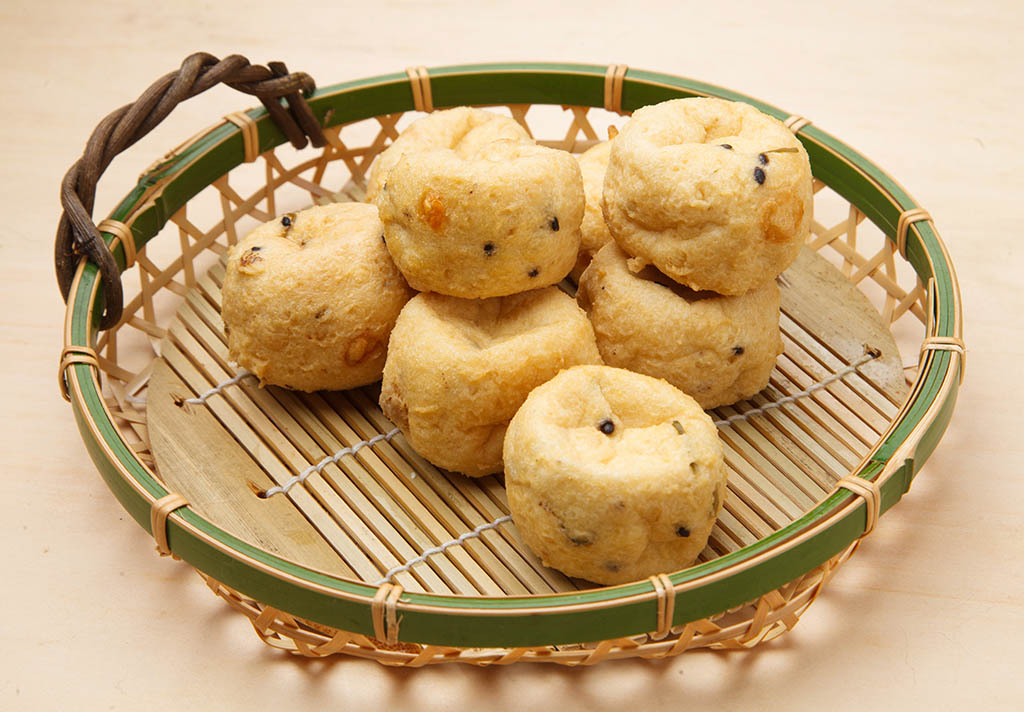 It basically is a deep-fried tofu fritter. The tofu is mashed to make a rough ‘dough’. To this you can add various vegetables (think crunchy like carrot, lotus root etc.) and sea vegetables like hijiki. Typically served with a thick sweet soy-based sauce. 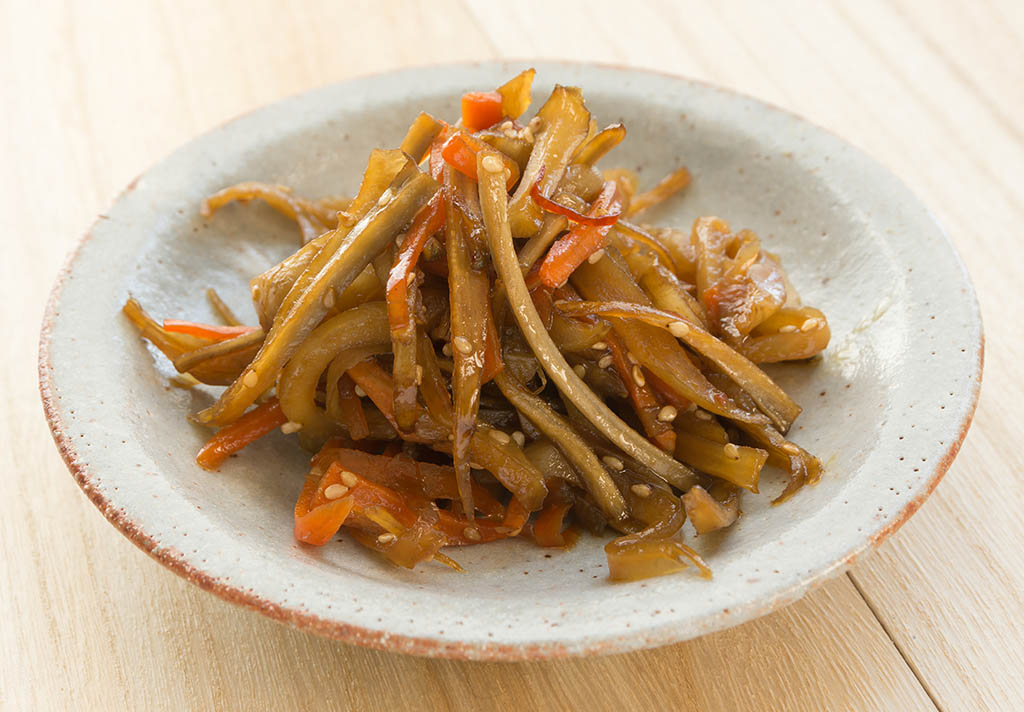 Gobo or in English Burdock (or in Dutch Kliswortel) once was regularly eaten in Europe but can nowadays be counted to the ‘forgotten vegetables’-category. It is a long, hardy root-vegetable, full of dietary fiber and a unique flavor. In appearance quite similar to salsify or ‘schorseneer’ in Dutch.

The Japanese word kinpira means ‘chopped and cooked in sugar and soy sauce’ and that is how this dish is prepared. Commonly sprinkled with sesame seeds before serving.

In season you might find gobo in organic markets and shops, but year-round in Asian supermarkets.

As you can see from the three examples of souzai, they all have some things in common. Crunchy textures, bold sweet and salty flavors; ideal partners to the warm hug that is a fresh bowl of steamed rice! 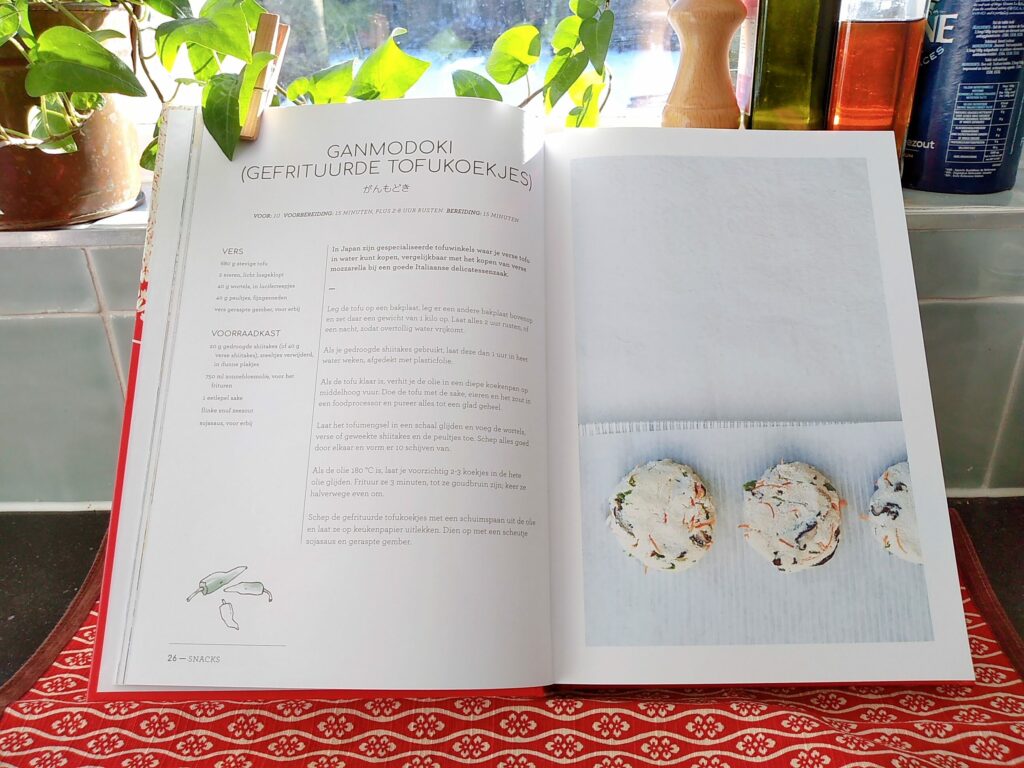 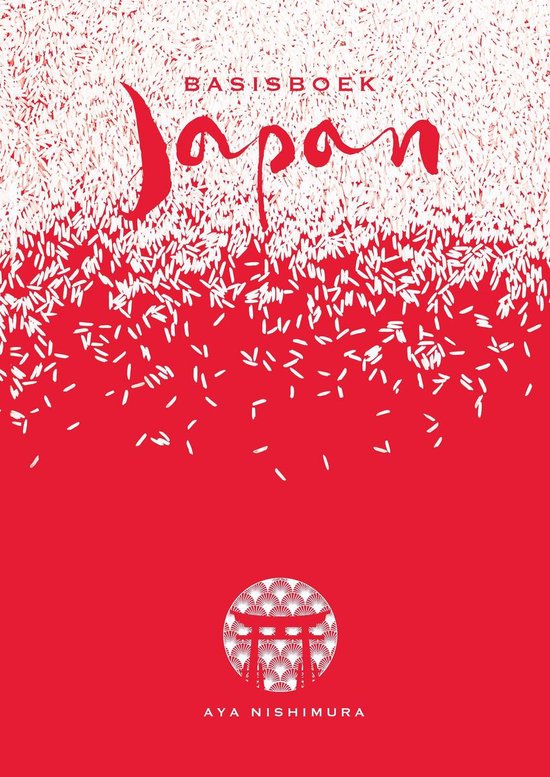 By Nao Polman Ishizaka
We use cookies on our website to give you the most relevant experience by remembering your preferences and repeat visits. By clicking “Accept”, you consent to the use of ALL the cookies.
Cookie settingsACCEPT
Manage consent

This website uses cookies to improve your experience while you navigate through the website. Out of these, the cookies that are categorized as necessary are stored on your browser as they are essential for the working of basic functionalities of the website. We also use third-party cookies that help us analyze and understand how you use this website. These cookies will be stored in your browser only with your consent. You also have the option to opt-out of these cookies. But opting out of some of these cookies may affect your browsing experience.
Necessary Always Enabled
Necessary cookies are absolutely essential for the website to function properly. This category only includes cookies that ensures basic functionalities and security features of the website. These cookies do not store any personal information.
Non-necessary
Any cookies that may not be particularly necessary for the website to function and is used specifically to collect user personal data via analytics, ads, other embedded contents are termed as non-necessary cookies. It is mandatory to procure user consent prior to running these cookies on your website.
SAVE & ACCEPT